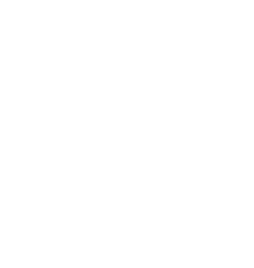 CTE: The Impact on Athletes

We see the headlines over and over again, an athlete who had a history of concussions has committed suicide or worse like the horrific crime that unfolded in North Carolina recently when former NFL player Philip Adams shot and killed 5 people before taking his own life. His father Alonzo said, “ I can say he’s a good kid, and, I think the football messed him up.”

Adams may have had chronic traumatic encephalopathy or CTE, a term used to describe brain degeneration caused by repeated head trauma. CTE is very rare and complex but has been found in the majority of the brains of people who have played major league football and other high risk contact sports. It is also linked to military personnel who were exposed to explosions.

Chronic traumatic encephalopathy is thought to cause brain atrophy (ie literally waste away). It is very similar to other neurodegenerative diseases like Alzheimers, ALS, and Parkinson’s disease.  Memory loss, confusion, depression and dementia can arise years after the initial head trauma. Studies show that there is no definitive cause of CTE but it is characterized by personality changes, confusion, memory loss, erratic, and, sometimes unfortunately violent behavior.

“The Phillip we know is not a man that is capable of the atrocities he committed on Wednesday.” Adams relatives said in a statement. They don’t know “if football played a role” in the violence, but “we do know there has to be some catalyst.”

Researchers are still trying to find the answer of how repeated head trauma contributes to CTE.

Currently CTE cannot be diagnosed during life, it can only be diagnosed through post-mortem brain tissue analysis. Special chemicals are injected to make the abnormal protein visible. The brain is then scanned for specific CTE patterns, a process that can take months. There are very few doctors who are qualified to perform the autopsy, but recent research found signs of the disease in 110 of 111 NFL players whose brains were part of a study.

That’s when the NFL agreed to pay $1 billion to retired players who claimed they were misled about the dangers of playing football.

Adams was only 32 but had played in 78 NFL games over six seasons for six teams. He started with the for 49ers in 2010, then went onto New England, Seattle, Oakland and New York before finishing his career in Atlanta with the Falcons in 2015.

Adams had two concussions over three games in 2012 while he was with the Oakland Raiders. Adams’ sister told USA Today that her brother’s “mental health degraded fast and terribly bad” in recent years and that the family noticed “extremely concerning” signs of mental illness, including an escalating temper and personal hygiene neglect.

It’s not possible to say whether or not Phillip Adams suffered from CTE but it will be determined by a medical examiner after an autopsy.

CTE is thought to develop many years after repeated brain injuries that may appear only mild initially. Seek medical care if you experience any of the following after a head injury:

See your doctor if you’ve had a mild head injury, and didn’t seek emergency care. If anyone has received a head injury that concerns you, call your doctor immediately. Depending on the signs and symptoms, your doctor may recommend seeking immediate medical care.

Brain injury rehab in the comfort of your own home. NeuroPraxis is a leader in the area of Brain Rehabilitation.